Check out some of our own GAES students that participated in GA's Heritage Christmas Festivities and appeared in the Echo-Pilot! 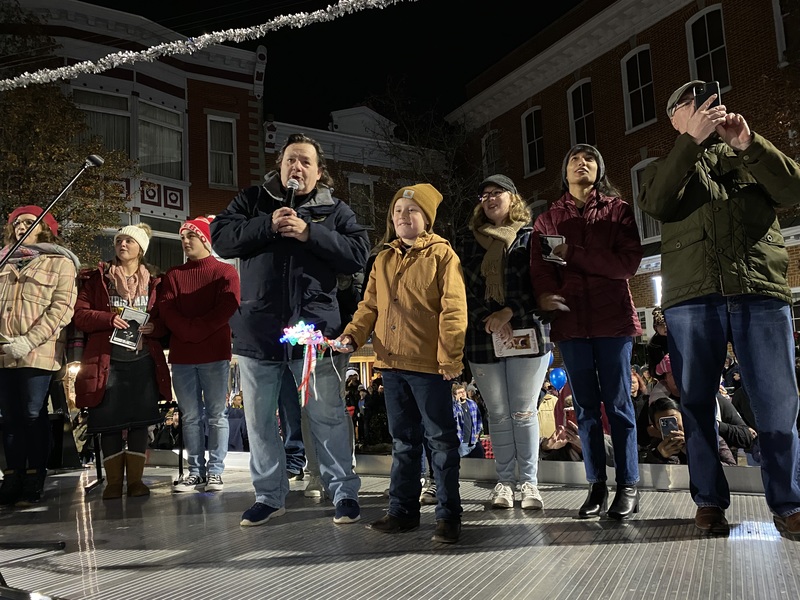 "Liam Houpt, 8, selected as the grand marshal for the Greencastle Christmas parade the following day, was given the honor of illuminating the tree. The Greencastle-Antrim Elementary School third-grader is the son of Taryn Houpt and Ryan Hickey.

Liam was given a magic wand which he directed toward the tree as the lights went on. The tree is adorned with many Lights of Love dedicated in honor and memory of loves ones by people in the community." 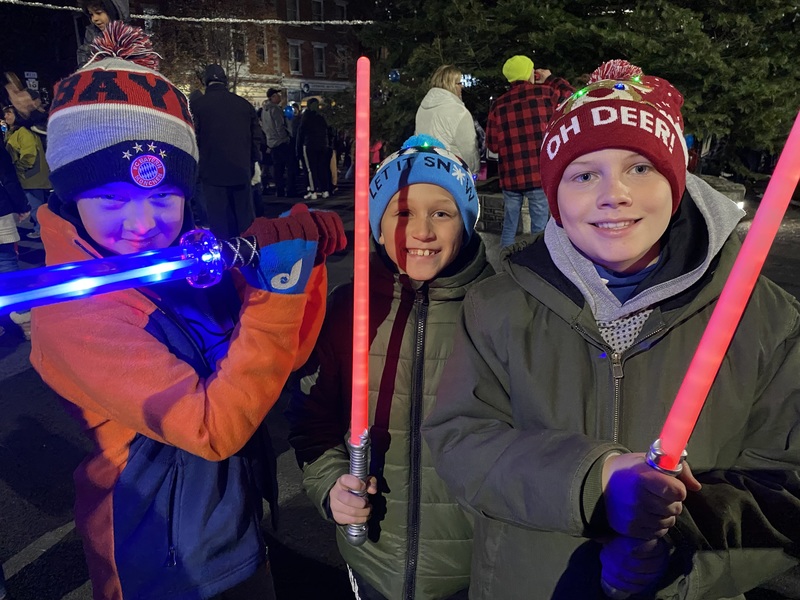 Jake Stephens, 9, Grayson Booher, 9, and Aidan Pearce, 11, were in the holiday spirit and brought light sabers to Greencastle's tree-lighting ceremony

The article appeared in the Echo-Pilot on November 19, 2021 and was written by Shawn Hardy